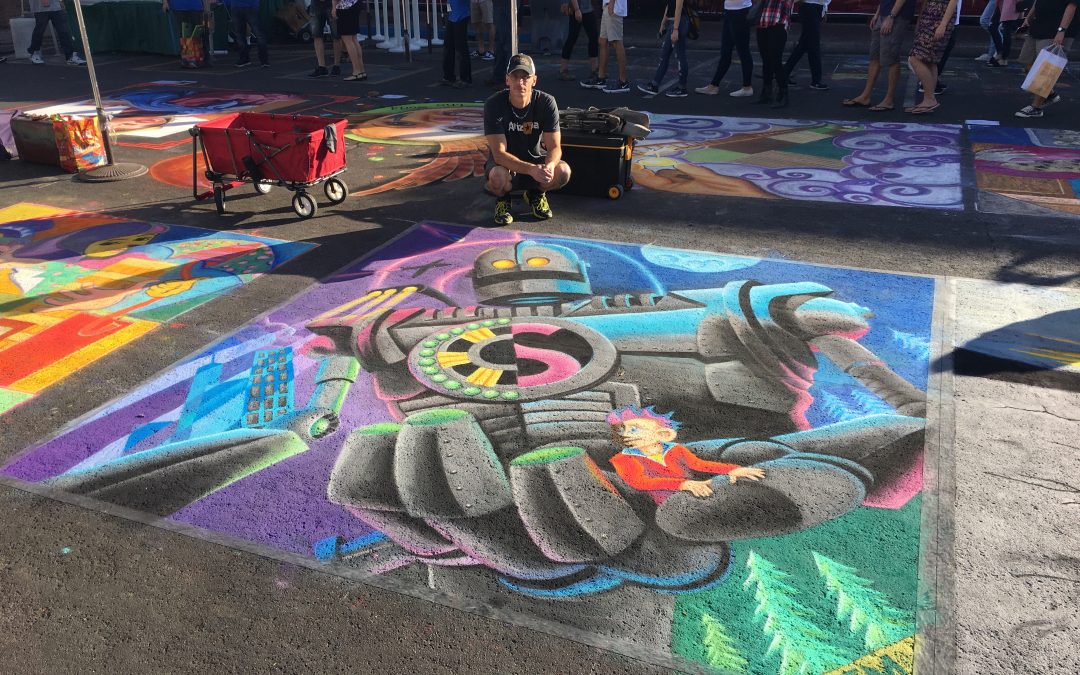 This was my latest chalk street art painting done in December 2017. I participated in the Tempe Festival of the arts chalk art for the last three events. This event had a sponsor and created a theme of the event called “if I were a giant” to match their media campaigns.

We have three days from 8-5 to work on our art. I completed mine 4 hours before the deadline.

As I was working on my art people couple walk around and watch us and there were so many people that remembered the Iron Giant being one of their favorite shows or they just watched it or they grew up watching that show. I thought it was a big hit.

For this event, we are asked to submit a sketch of our idea. the first theme was “winter in Arizona so the following sketch I submitted was drawn on the iPad pro using Procreate. then a sponsor changed the theme at the last minute. the next two sketches were done for the new theme. 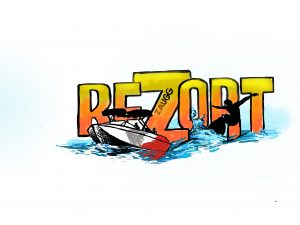 Keep it simple yet effective